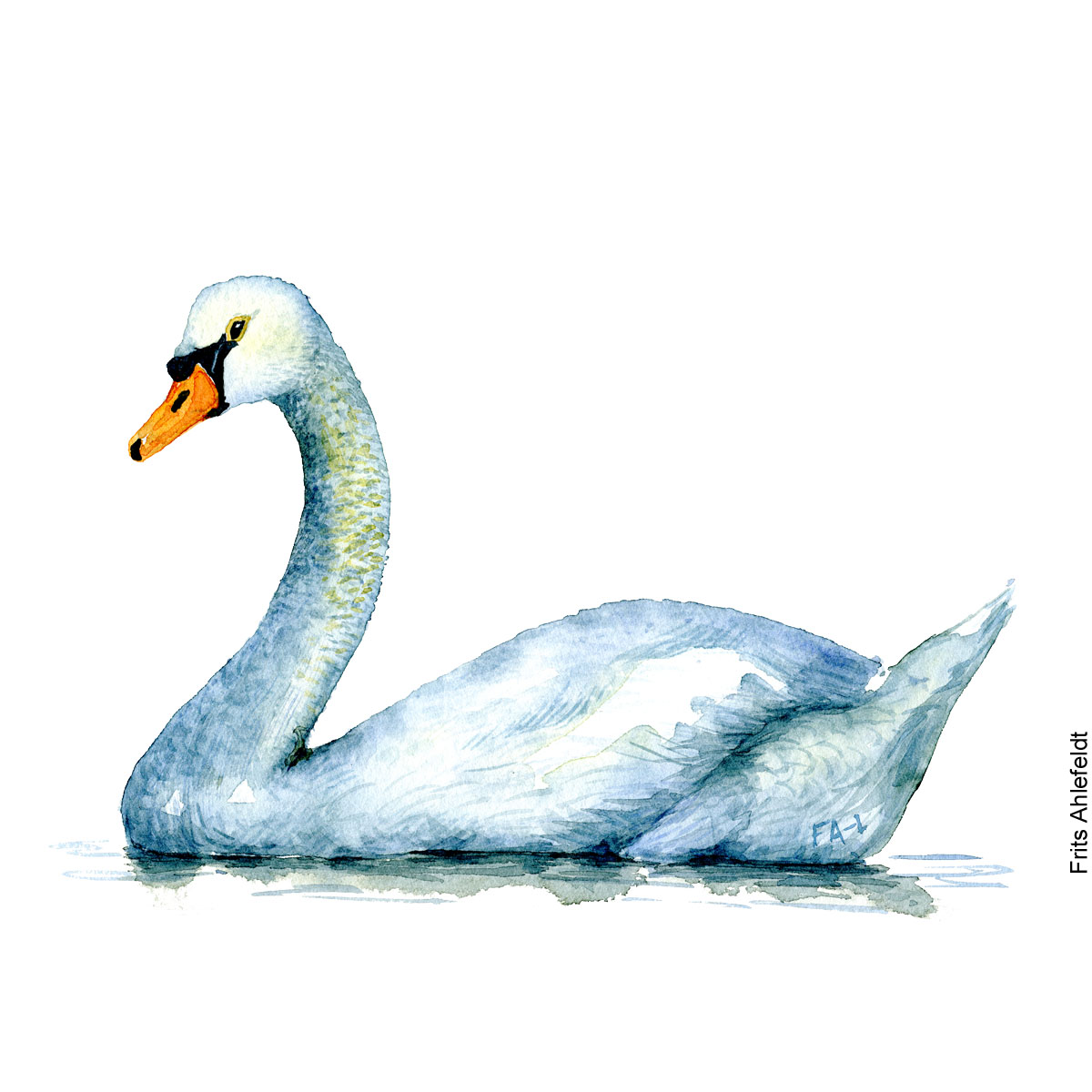 Watercolor of Mute swan ( Höckerschwan – Knopsvane ) It is one of the heaviest birds to fly. The mute swans are both much celebrated in Europe – and considered an aggressive spreading, invasive species in America

The mute swan is considered property of the queen in England in the UK, and is also the National bird of Denmark. It is the legendary bird made even more famous in the fairy tale ” the ugly duckling” by H.C. Andersen. About a not so beautiful and unlucky duckling that ends up as a beautiful swan

The Mute swans do not make calls when in the air, like many of the other swans, instead the sound of their wings can be heard from a long distance.

They are also not so migratory as other swans but tend to stay closer to where they breed, if possible. ( in cold winters they need to move to ice free areas to feed, as they feed, by stretching their long necks down to the bottom on low water )

If there is not so much to eat during the breeding season, the Mute swans will become fiercely territorial, defending their mate, nest and territory approaching both other birds, small boats and dogs, to fight them.

But in some areas where there is plenty of food, the Mute swans can live in colonies of up to 50 nests – even up to 100 has been seen.

Strangely the Mute swans are closer related to the black swans of Australia and the Black necked swans of South America, than to the other Northern breeding swan species