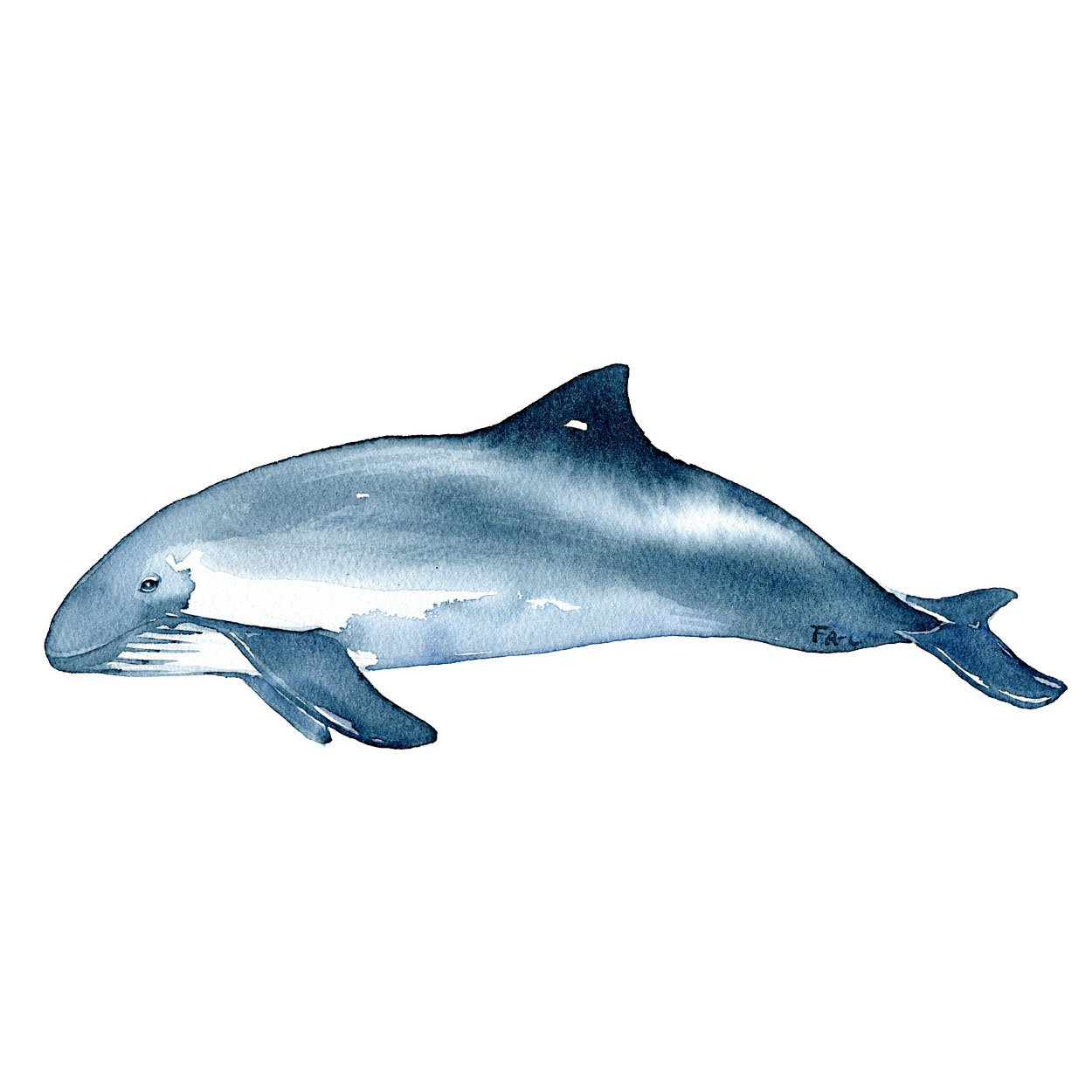 Text and watercolor by Frits Ahlefeldt

This small whale is one of the smallest marine mammals that can be found in oceans especially the northern oceans of the planet, the Harbor Porpoise is about the size of a diver and the females are larger than the males

The Harbor Porpoise can reach an age (seldom) of up to 20 years and they swim alone or in groups of up to five, catching tiny fish and other sea creatures, mostly smaller than a hand.

These tiny whales are even known to swim far up rivers and lakes sometimes.