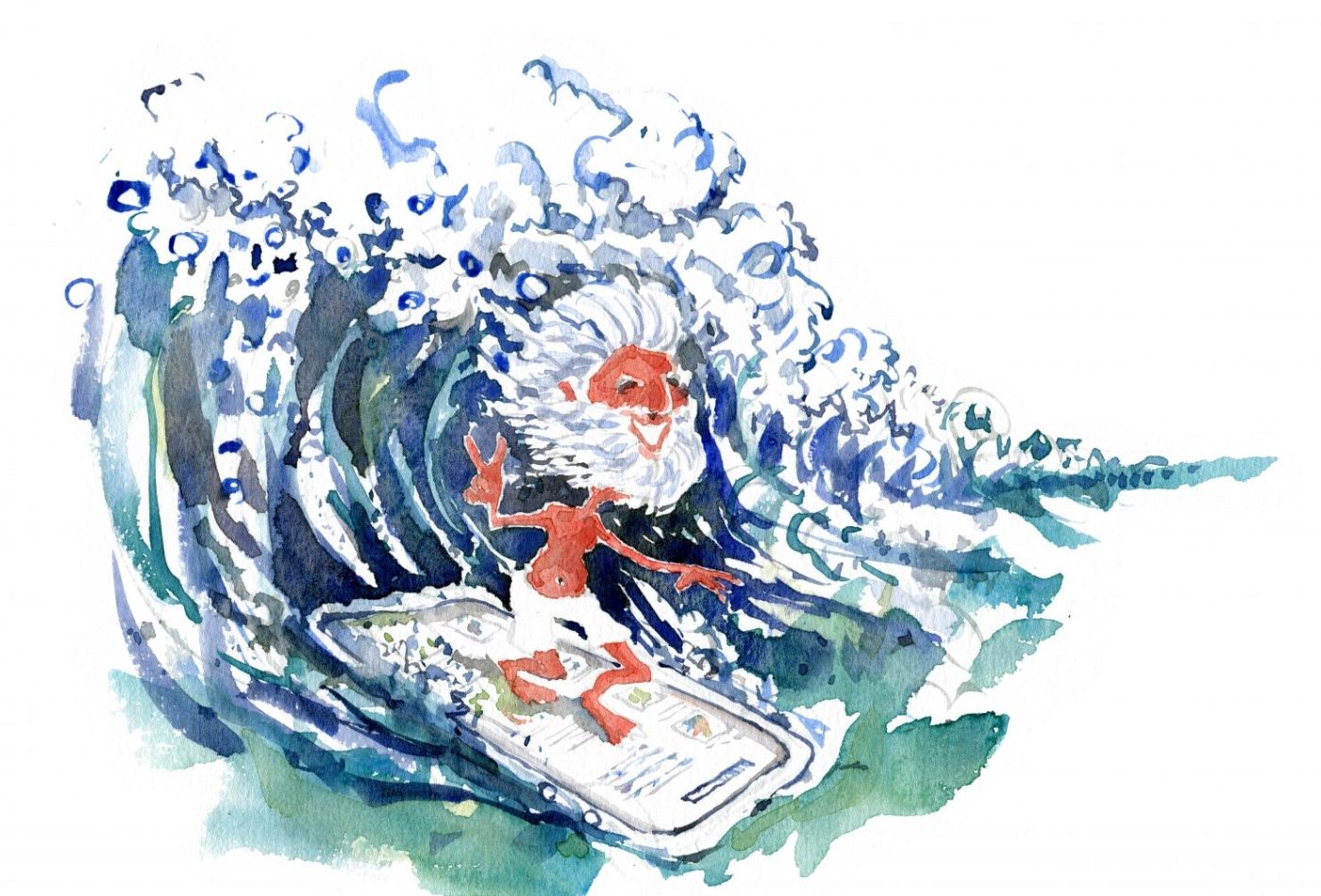 An old man sits in his apartment in his bathing shorts , he looks out of the window, out over the sea, watching the waves

Taking a sip of his tea, he wonders where in the world they might all be now… if they are near or far away ( he can check out a livestream of their exact GPS position on apps like “find my Friends”)

He looks out of the window again, but can’t see the cat anymore, maybe it went into the high grass… (There are an GPS geo-fence app and sensors that can check that)

He look at the grass, he should have moved the lawn a week ago… (Yes there is an app… he can either remote control or just activate his automatic, self-driving intelligent Bluetooth lawn mower from its app on his smartphone)

He shake his head and finish his tea instead, picks up his towel and the new waterproof smartphone his daughter just sent  him and walks unknowingly out through the geo-fence and down towards the ocean while the phone turns on the camera by itself and his kids gets an automatic update by their apps: “Granddad’s gone surfing again…”