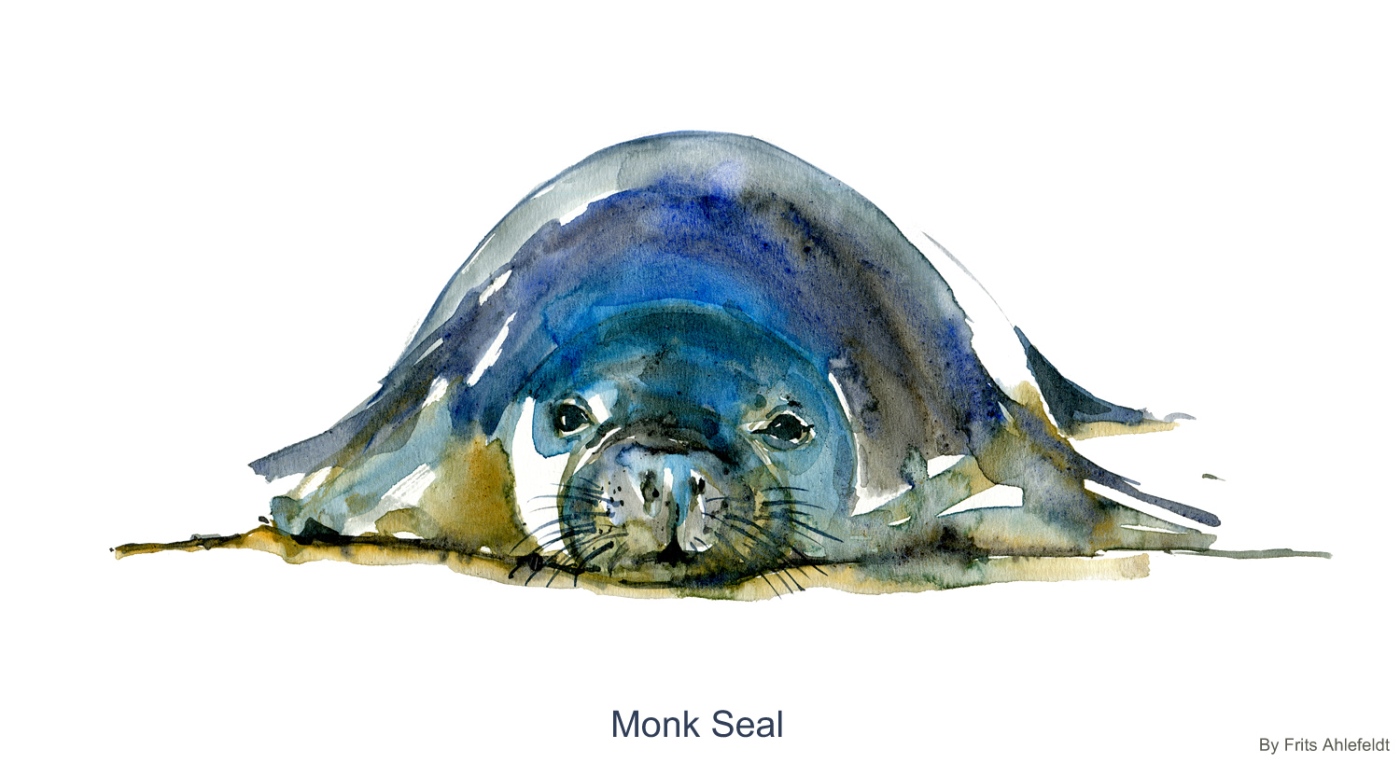 Untill 1996 there where three species of monk Seals, the Mediterranean Monk Seal, the Hawaiian Monk Seal and the Caribbean.   The two first are now balancing on the edge of extinction, with less than 500 Monk Seals left in the wild. The Caribbean has all disappeared and was declared extinct in 1996.

Many monk seals lose their life, getting entangled in fishing nets, other are killed on purpose by fishermen who see them as competitors. Toxic waste, pollution and destruction or disturbance of their breeding sites are other factors that push the Monk Seal closer to extinction.

Read more ( where I read about them) :  – Survival, saving endangered migratory species. by Stanley Johnson & Robert Vagg and info on Wikipedia